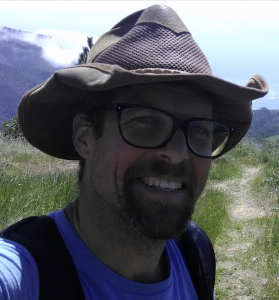 I’m going to start my intervention Sunday Night. Neil will roll his eyes. Robin will tell me that the bag has to be in the breezeway. Tekuru won’t care… she’s 14. See, I can even post a picture… soon to come: a week’s worth of garbage. So we had friends over last (Sunday) evening. There was good food and all, and then at the end of the day, I’m reminded that I’m different when I see that there is food on some of the plates in the kitchen sink… we can’t use our garbage disposal because the water goes to the branched grey water system! So I pick out the food and put it in the compost container. But that’s not even all of it… we’re throwing away food… even if it’s composted, the production of food has a huge environmental impact. It’s good food still! I take a bite out of a partially-eaten watermelon… and look at the spaghetti… I could put it in the fridge for later. Then I realize that normal people don’t do this. How well do I know these guys? They have teenagers – friends of my daughter. How mortified would she be? I cringe and scrape the food into the compost.

I forgot so many times this week, that I ultimately went to the trash and recycle container in my house and pulled out all the stuff I realize I put in there out of habit. Yesterday, Sunday, I dumped a month’s worth of compost (I only put a picture of the last week below) with dog poop from my family along with yard waste and about half the poop I’ve produced in the past month from the bucket toilet at my house. Layering the yard waste, poop, yard waste, compost, yard waste… I built a mammoth compost pile between two peach trees. The temperature was about 65 F yesterday, and 18 hours later is 100 F, likely on its way to 150 by tomorrow morning.

One thing I accomplished… if it’s an accomplishment, is that my family didn’t realize I was doing an intervention until I told them Saturday night when we returned from the physics department pot luck… They had compostable paper plates there that everyone just puts in the trash. I collected ours with the plastic forks that we would reuse at home for picnics, etc. But when I got distracted, someone collected them and threw them away. So, I pulled three more out of the trash. Yes, other people noticed, but they know me, and accepted that I would do this. To me, it’s important to notice the invisible waste/consumption that we take part in without even seeing it. 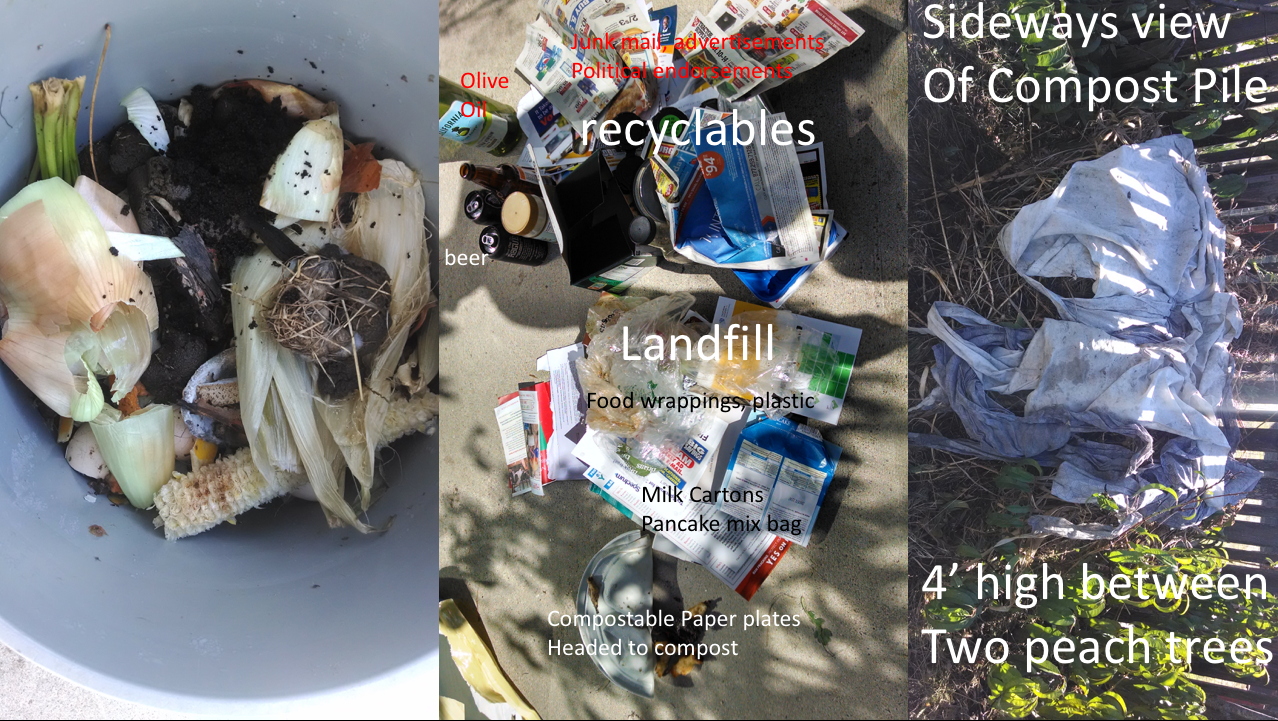