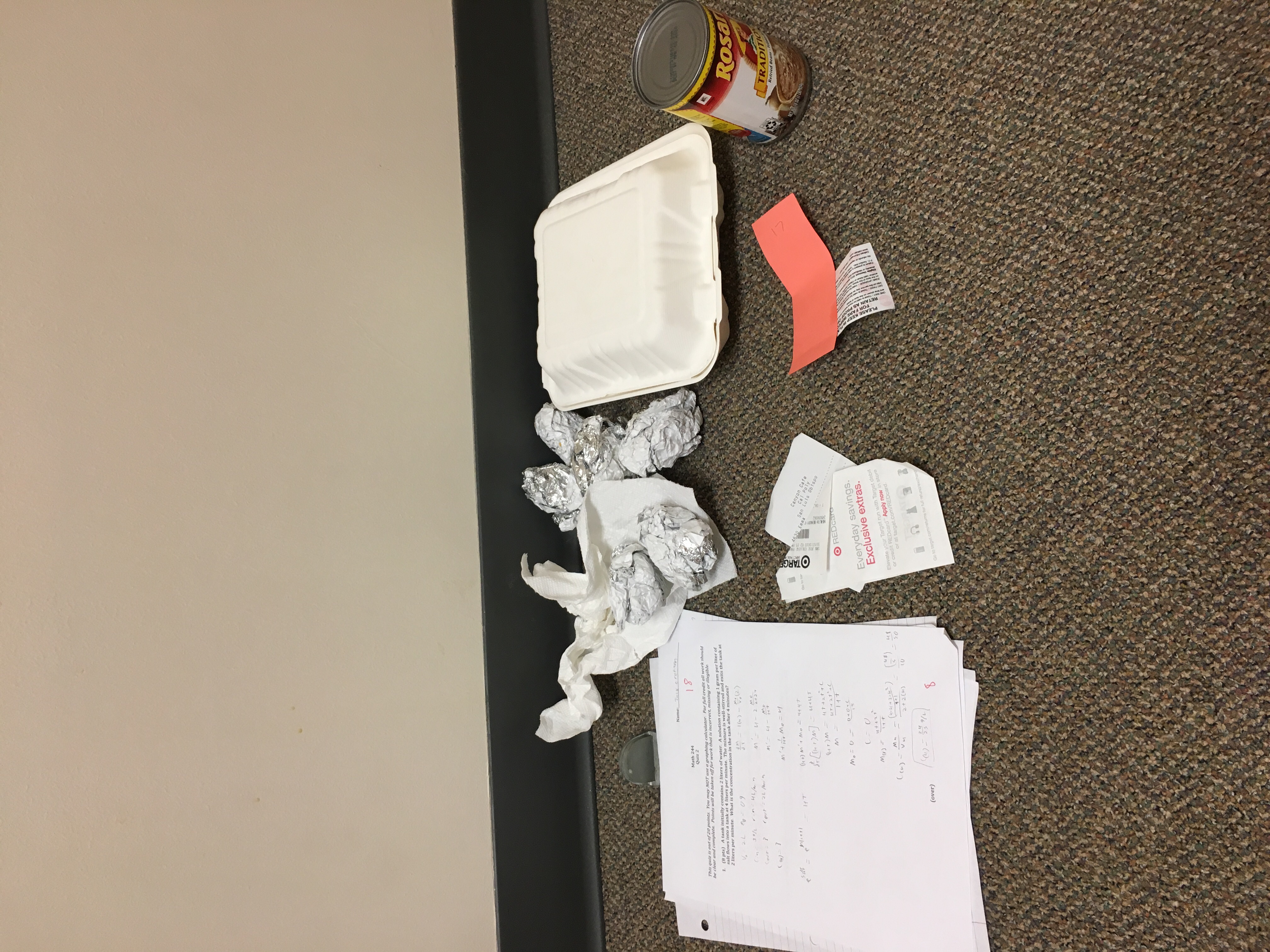 I started the intervention on 7th. I have a pile of papers, some receipts, burrito wrappers from tu-taco, a small pile of paper towels, a to go container and a can of beans. I would have had some apple cores but when I went to throw the first one to away I remembered this intervention and decided to eat them instead of keeping them in my room for a week

I definitely have noticed I produce less trash living on campus at cal poly than I did for most of my life. Mostly I think that is because I eat at 805 kitchen for most dinners, I don’t know how much trash they produce in making the food, but I’m willing to bet it’s less than if I were to go out and buy single serving sized packages of food. Most of the trash I personally end up with on a daily basis are the burrito wrappers I get with breakfast every day.

Everything I accumulated over the week will be recycled. I’ll hold onto some of the papers till the end of the quarter. After I spent some time thinking about it, and looking through my trash, I realized there is a lot of stuff I throw away can be recycled, so Now I have two bins in my room. One for trash and one for recycling so that it’s no longer harder for me to recycle than just throw stuff away.